DIGIMAN aims, through the digital modelling of extrapolated “big data”, via Industry 4.0 protocols, to determine the cause and effect relationships of the stack materials and stack assembly processes. For example, lineside scanning of GDLs will not only enable digital QC for known-good, ready to use components, but also aims to provide digitized maps of internal substrate structures. To supplement this I4.0 communications have been embedded within the PoP Demonstrator to facilitate the harvesting of process data, subsequently facilitating digital cause & effects – see scheme on the right.

The GDL is a sensitive layer and as in any roll to roll production process, it is neither possible to prevent nor practical to remove all ensuing anomalies, some of which may be classified as defects, i.e. having a negative influence on performance. In evaluation of anomalies DIGIMAN’s WP5 focuses on FPM GDL and its performance as benchmarked against IE’s AC64 stack design. With the goal to track anomalies in the GDLs, and following a deep parameter study, alternative scanning techniques have been studied. Since thermal properties such as thermal diffusivity were found to vary in an unexpected manner, pulsed thermal thermography combined with thermal diffusivity analysis have been studied, and the resulting scans have been compared.
The analysys shows that the effective thermal diffusivity data for the LFA technique, which is widely considered as highly accurate (error<1%), are of the same order of the pulsed thermography data and corroborates with other thermal diffusivity analysys. It was also observed that the technique is very powerful and efficient in revealing subsurface heterogeneities. However, the MPL coated substrate obscures and therefore diminishes the resolution of the pre-coating anomalies.
In parallel to this, performance tests are on-going on AC64 and on differential cells to better understand the link between non-uniformities of GDL and performance. Preliminary results show that heterogeneities classified as ‘defects’ do not have the same influence when located on the anode and on the cathode sides and also as a function of the operating conditions.

In WP4, the Proof of Process Demonstrator equipment passed through the Acceptance Test at the equipment vendors site. To support the overall project schedule, the equipment was delivered directly to its final position at Intelligent Energy’s site in December 2018 rather than performing dry cycling at WMG, the University of Warwick. Currently (May 19) the PoP Demo unit is undergoing dry running test and performance optimisation that will be completed around the final equipment Site Acceptance Test at Intelligent Energy. Production of AC64 stacks for performance tests that feed into the MRL6 Validation activities are then planned through the remainder of 2019. Proof of data connectivity, led by Intelligent Energy’s, from the PoP Demo into IE’s central production database has been established and validated.
Deliverable report D4.3 has been published, presenting the implemented Proof of Process development facility, PoP Demo unit implemented design, system and control architecture, digital
engineering activities, Factory Acceptance Tests and details of further planned work to be reported within D4.4 “PoP Demonstrator Cycling Trials Report” and D4.5 “Production Relevant Environment Facility”.
Other activities have included the creation of a PoP Demo visualisation using Virtual Engineering Tools (Visual Components and Blender) and the baseline Discrete Event Simulation model (Witness Horizon).
The DES model will be populated with operational performance data from the PoP Demo operation and various layout scenarios modelled to achieve the project KPIs. 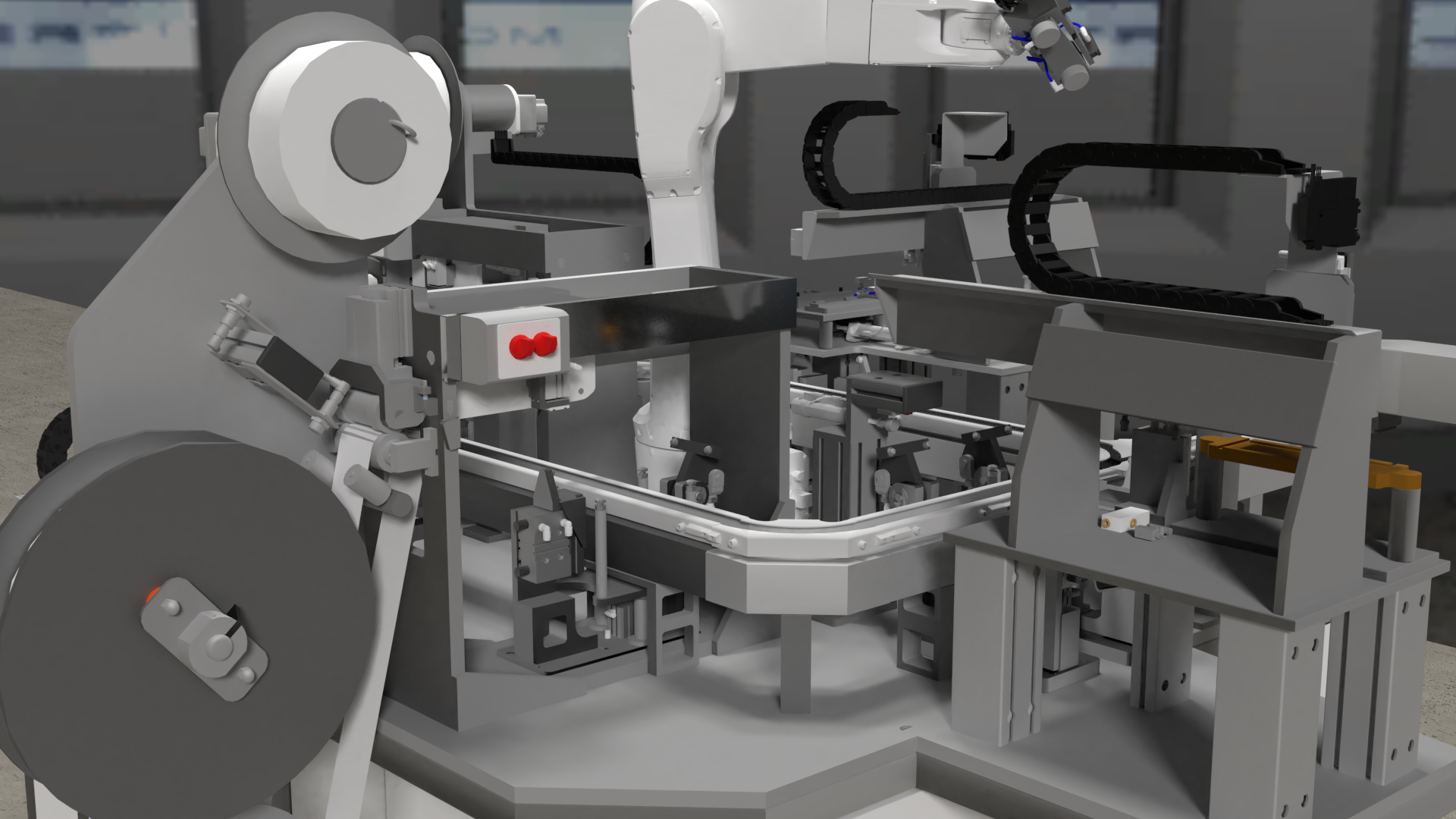 In WP3, the line for camera-based GDL surface inspection and converting was successfully prepared to allow a fully automatized surface inspection. The non-uniformities identified will now be listed in a digital quality protocol that can be exported via various formats after finishing the inspection step (also machine-readable). It is possible to mark the identified areas on the material for most GDL types and various approaches are under evaluation to mark others. Ongoing work also focusses on the extension of a database to include additional inline quality data, such as area weights and others. To identify boundary conditions for non-uniformities, special laboratory samples were designed to contain non-uniformities in various extents. Upon stack testing in the AC64 stack, its performance showed a non-sensitive behavior to the selected variations with one type of GDL, while a different type showed larger scattering in results. The investigations between structure and stack performance are currently continued in WP5. A digital case study was initiated to demonstrate the requirements of a fully automated defect inspection, converting and sorting module capable of feeding the PoP demonstrator. Different approaches of converting are under investigation, rotary stamping being the prominent one.

Within WP4, a process specification has been created that translates the DIGIMAN project objectives into the requirements and deliverables for the automation uplift solution.
Automation uplift concepts have been reviewed and sense checked via process engineering trials. A technical specification for the PoP Demo equipment has been created and progressed through RFQ, tender, down selection of the vendors and order placement.  Initial site preparation has been completed at Warwick Manufacturing Group ahead of the assembly equipment delivery.

Progress has been made on the establishment of a 'digital' supply chain encompassing digital quality control processes, from manufacture through to assembly for the gas diffusion layer (GDL) components.
WP3 and WP5 have yielded:
- digitised optical scanning,
- definition of defect types,
- testing of scanned materials.
In addition, work has commenced into the investigation of none optical scanning and digitisation techniques for non-localised, heterogeneous anomalies within GDL material structures.